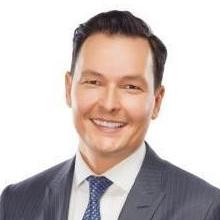 Paul has held a number of roles within the legal group since joining BMO in 2003. In 2008, he was appointed Vice-President, Deputy General Counsel, P&C U.S., responsible for legal and regulatory support for BMO’s personal and commercial banking businesses in the U.S. In 2011, he was appointed Vice-President, Deputy General Counsel, Private Client Group and held that role until his most recent appointment in 2012. Paul is a member of BMO’s Leadership Committee for Inclusion and Diversity, a cross-enterprise group of leaders whose mandate is to guide BMO’s diversity and inclusion efforts, and Executive Sponsor for BMO Pride, BMO’s enterprise-wide affinity group for LGBTQ employees.

Paul is an Executive Committee member of Legal Leaders for Diversity, a group of Canadian General Counsel committed to creating a more inclusive legal profession. He also serves on the board of The 519, a City of Toronto agency dedicated to advocacy for the inclusion of LGBTQ communities. Before joining BMO, Paul was with Torys LLP, an international law firm. Paul received his Bachelor of Law degree from Osgoode Hall Law School in Toronto, Canada.

Promoting Women’s Return to the Workforce

Vaccines, Senate Runoffs and the Markets

Control of the Senate: The Elephant and Donkey in the Room