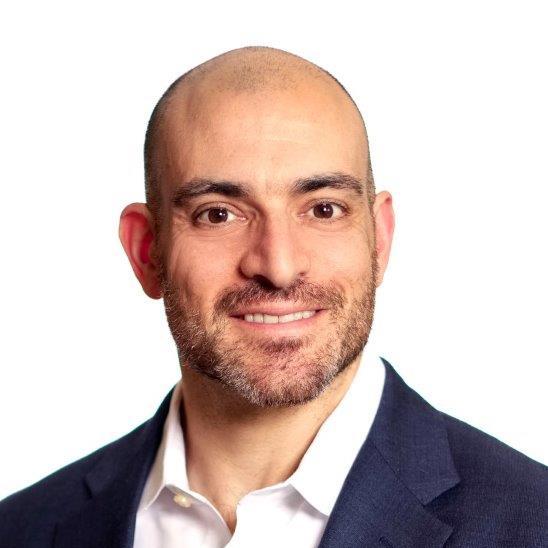 Head of Market Risk and CRO

Jason Rachlin is acting Head of Market Risk and CRO, Capital Markets. Prior to this appointment, he was the Head of Capital Market’s Trading Risk where he was responsible for the oversight of BMO’s trading and underwriting portfolios. Jason has been at the Bank for over 13 years in which time he has served as the Head of US Market Risk as well as the Head of Corporate Treasury Risk, where he built out the bank’s second line of defense for the Corporate Treasury function. Prior to joining BMO, Jason worked in Morgan Stanley’s Market Risk Department where he was responsible for oversight of their global commodities trading business. Jason received his M.S. in Operations Research from Columbia University and his B.A in Economics from Bowdoin College.

Sizing Up the Downside - The Week Ahead

Running of the Bears - The Week Ahead

Crude Reality - Views from the North

Hydrogen’s Role in the Energy Transition: Matt Fairley in Conversation

What Breaks Next? - Global Exchanges

What Really Changed in the Pandemic?

Powell's Propensity - The Week Ahead

The Central Bank Conundrum - Views from the North

Half Point Habituation - The Week Ahead

Metal Matters: Catching up on China

The Case for Climate Justice: Patricia Fuller in Conversation

Taming the Bear - Views from the North

Summer Jobs - The Week Ahead

Exploring the Physical and Transition Risks Facing Food and Agriculture

IN Tune: Food, Ag, Fertilizer, and ESG From the Lens of BMO’s Farm to Market Conference

Tightening Tensions - The Week Ahead

Energy Transition and the Infrastructure Opportunity

Building an ESG Business Case in the Food Sector: The Food Institute

Looking Forward to Our 17th Annual Farm to Market Conference

Inflation Monitor for May 16

Risk of Risk-Off - The Week Ahead

Unleashing the Power of the Financial System for Transition

Peak USD? - It Will Depend on the RMB! - Global Exchanges

Forging Ahead in the Energy Transition: Darryl White to Global Reserve and Asset Managers

Rough Road for Rates - The Week Ahead

Investment Opportunities for a Net-Zero Economy

Financing the Transition to Net Zero: EDC and BMO in Collaboration

That 70s FOMO - The Week Ahead

Inversion Springs Eternal - The Week Ahead

State of the Union: What Lies Ahead

Does the FX Market Need an Intervention? - Global Exchanges

The Core Issue - The Week Ahead

Sometimes It's Hard to Know What You Want - Global Exchanges

The Role of Hydrogen in the Energy Transition: FuelCell Energy CEO Jason Few in Conversation

Federal Budget Spending: A Ripple Rather than a Wave

Playing Catch-Up - Views from the North

Inflate, Hike, Repeat - The Week Ahead

Trees from Trades on Earth Day

Second Quarter Conundrum - The Week Ahead

Amid the Pandemic, Market Structure Continues to Evolve

Sustainable Finance Has Become a Journey

The Future of Remote Work & Diversity in Asset Management

Metal Matters: Back to Basics

Op Ed: Canada can be a Leader on Energy Security

North American Outlook: Out of the Pandemic and Into the Fire

Investing in Decarbonization: Risks and Opportunities

The Battery Revolution is Coming, but Production Challenges Remain

All Crossed Up By the Invasion - Global Exchanges

The Market Transition from COVID-19 has Begun: Belski to BMO Metals and Mining Conference

Why SLLs Have Only Just Begun to Roar

Looking Forward to Our 31st Metals and Mining Conference

The Current and Future State of the Global Supply Chain

BMO Launches Business Within Reach: BMO for Black Entrepreneurs and Commits $100 million in loans to Help Black-led Businesses Start up, Scale up, and Grow

The Post 2020 Biodiversity Framework – A Discussion with Basile Van Havre

Mitigating the Physical Impacts of Climate Change with Spatial Finance

Optimizing Liquidity During a Recovery

Omicron: What We Know and Don’t Know

BMO Financial Group Announces Intention to Repurchase Up to 22.5 Million of its Common Shares

BMO Helps Boralex Go Beyond Renewable Energy, with the Transition of its Credit Facility to a Sustainability-Linked Loan

Promising Views Coming out of COP26

The Risk of Permafrost Thaw on People, Infrastructure & Our Future Climate

COP26: Why Companies Need to Find Their Purpose

Why Debt Investors Must Think Outside the Box – Milken Panel

Minimizing Your Exposure to Fraud: A Conversation with Larry Zelvin

What to Expect out of COP26: Interview with IETA CEO

The Delta Surge and Impacts on a Reopening

Changing Behaviours is Key To a Low-Carbon Future - Milken Panel

Why Now is the Time to Improve Disability-Inclusion Practices

Opinion: Canada and the U.S. have a shared interest in securing self-sufficiency in critical minerals

The Best of Both Worlds: The Future of Work in Capital Markets

BMO marks National Day for Truth and Reconciliation with $600,000 in donations to Indigenous organizations across Canada

Arc Takes Liquidity Seeking to the Next Level

Investing in Apparel Recommerce and the Circular Economy with Trove

Accelerating the Road to Recovery

August Again - The Week Ahead

IN Tune: Food and Ag Takeaways From the Farm to Market Conference

Nuclear Energy and the Sustainability Conversation

FOMC Policy Announcement and SEP — A Dash of Hawkishness

Looking Back to Go Forward with Indigenous Communities

ESG From Farm to Fork: Doing Well by Doing Good

One Year Later: Lessons Learned in the Food Supply Chain

Biggest Trends in Food and Ag, From ESG to Inflation to the Supply Chain

Cloud, Data and Zero-trust: Here’s Where VCs are Putting Their Cybersecurity Investments

The Changing Face of Cybersecurity Risks

Protecting Our Ocean Against Its Deadliest Predator: Humankind

Financing a Smooth and Sustainable Recovery

Growing Appetite for Investing for Purpose with Fixed Income

The Changing Landscape of U.S. Trading

Out of the (Home) Office - The Week Ahead

The Top Technology and Business-related Cybersecurity Trends for 2021

CarbonCure and the Role of Industry in Fighting Climate Change

What Can Investors Do About the Opioid Crisis?

100,000 Trees to be Planted After Inaugural Trees from Trades Day

2021 Federal Budget: Spending to Immunity and Beyond

ETE: Building Momentum One Scholar at a Time

The Changing Face of Sustainability: tentree for a Greener Planet

BMO Outlines the Scope of its Net Zero Ambition

Episode 35: CN - Sustainability and the Future of Rail

Deep Dive into Debt - How Retail Borrowed to Health through COVID

Artificial Intelligence, Automation and the Future of Work

Episode 33: The Evolution of ESG in Mining

An Update to Our Clients: A Year of Adversity, Resilience and Growth

Leading with Resiliency: Highlights from BMO’s Forum for Executive Women

Ian Bremmer in Conversation: The Pandemic and a Changing Geopolitical Landscape

IN Tune: ESG Performance in the Canadian Real Estate Industry

The End is Near - Views from the North